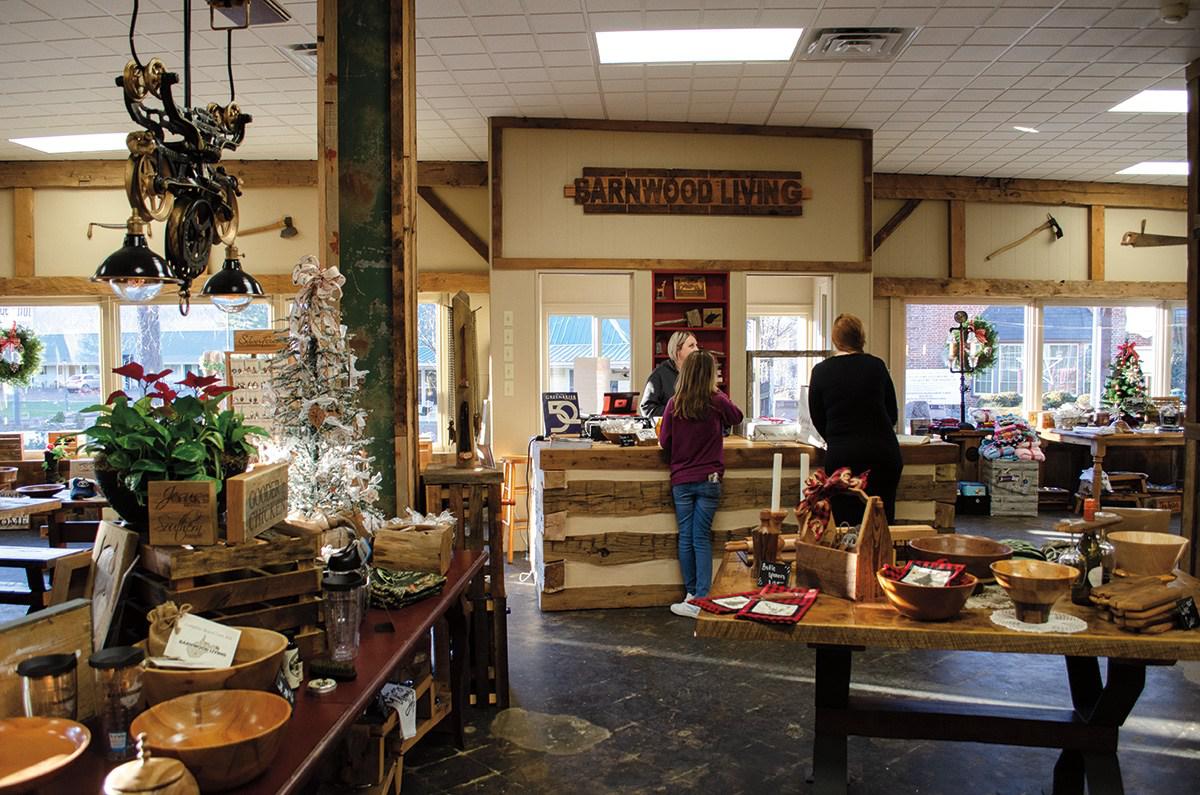 The nation was first introduced to Mark Bowe through the DIY Network show Barnwood Builders. The show, which debuted in 2013, follows Bowe and his all-West Virginia crew as they restore some of the nation’s oldest barns and log cabins, while also turning reclaimed logs and lumber into modern homes. Much of the the rehab work required happens at the crew’s “Boneyard” in Greenbrier County. 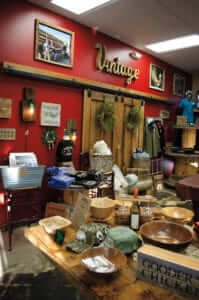 The show has been a huge success, but Bowe and fans of the show wanted more. “The idea for the retail store/showroom was born from the desire of our fans to have a destination to visit,” Bowe says. “Retail is a totally different beast from the Boneyard and construction sites that we typically work on and around; however, I love a good challenge.”

In February 2017, Bowe opened the Barnwood Living store and showroom in White Sulphur Springs. The shop’s inventory follows the rustic and vintage vibes of the show, featuring furniture and other small household items made by Bowe’s crew from reclaimed and locally sourced wood. Fans can also find all the Barnwood Builders gear they could imagine, including T-shirts, candles, stickers, wooden signs, tumblers, “barn”danas, and even a pencil holder branded with the Barnwood Living and Barnwood Builders names.

The store also offers an array of West Virginia-made products. The Barnwood Living team is always on the hunt for hand-crafted furniture and gifts made by local artisans—things that are not in short supply in Greenbrier County. The store offers hand-turned wooden bowls, handmade wooden spoons, lamps made from repurposed materials, and individually made light switch covers. The wealth of handmade goods in the area is one reason Bowe chose White Sulphur Springs for the store’s location. His motivation goes deeper than that, though. 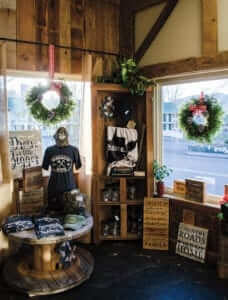 Bowe is a Lewisburg resident and a two-time graduate of West Virginia University. He holds a bachelor’s in business administration and a master’s in safety management, both from WVU’s College of Business and Economics. He worked as a coal miner to pay his way through college and in 1995 opened his first company, Antique Cabins and Barns. His roots run deep in the Mountain State, and he says running businesses here is his way of giving back to a place that holds a very large piece of his heart.

Fans from around the world stop into the store. “The best part of having a retail store/showroom is giving our fans and clients a destination. A place that they can visit and put their hands on 100-plus-year-old beams and barnwood,” Bowe says.

Bowe recently launched a new pop-up shop in Round Top, Texas, at that city’s annual antique fair, selling many of the same items found in the White Sulphur Springs location. He plans to add a permanent Texas location to the Barnwood family in spring 2019. But there’s no need for West Virginians to worry about Bowe relocating entirely to the Lonestar State anytime soon. “There is nothing that makes me more proud than to represent my home state in a positive way. I will continue to carry that flag proudly,” he says.

We want to share with you our love and passion for what we do! Find on our blog interesting and informative articles relating to all things home and real estate!